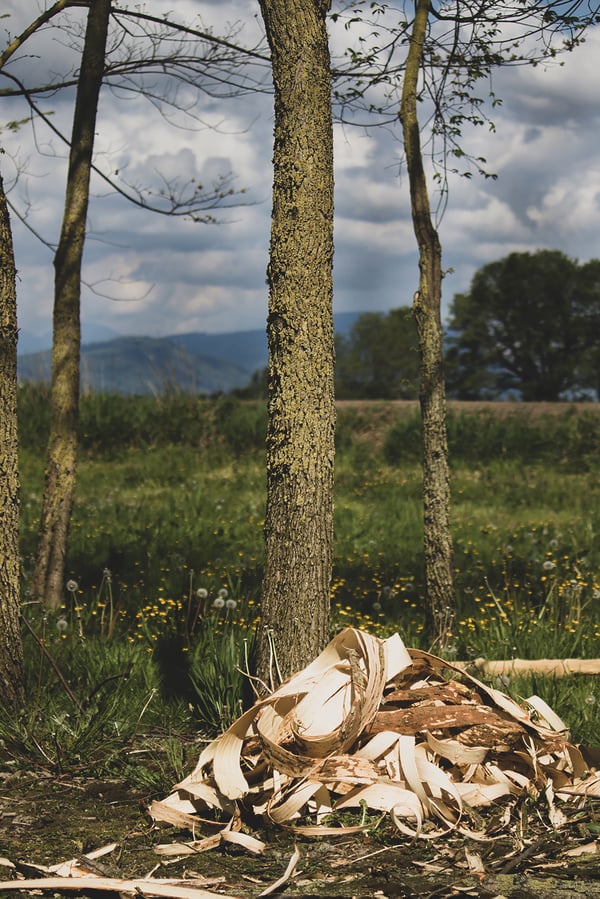 Slippery elm (Ulmus rubra) is one of the best known medicinal tree barks. It has a history of use that goes back thousands of years—North American First Nations people utilized slippery elm for a variety of health issues and introduced it to European colonists, who quickly incorporated it into their pharmacopoeia. As cited in Henry H. Gibson’s American Forest Trees, published in 1913, it became “a household remedy which most families in the country provided and kept in store along with catnip, mandrake, sage, dogwood blossoms, and other rural remedies which were depended upon to rout diseases in the days when physicians were few....”. Today, when physicians are more plentiful, it continues to be a profoundly effective mucilaginous demulcent that is a standard in western herbalism. Let’s take a moment to talk about this ancient ally.

What is Slippery Elm? (A Little Botany & a Little History)

Slippery elm is a deciduous, understory tree that is native to eastern North America. When healthy, it is a long-lived tree and will tolerate drought and partial shade but it prefers sun and moist, limestone-rich soils. It is happiest in riparian forests that thrive along the edges of freshwater. Also, it’s quite happy when its forest neighbors fall and open the canopy to the sunlight. As well as being a beloved herbal ally, slippery elm wood has been used to make tools and utensils and the bark can be woven into baskets and mats.

Slippery elms can live up to 200 years and average 60 to 80 feet in height. However, North America’s slippery elm trees are currently impacted by a number of diseases that are also problematic for the American elm (Ulmus americana), including Dutch elm disease and elm phloem necrosis, which is also called “elm yellows” disease. These diseases have become so injurious and widespread that slippery elm often doesn’t have the chance to reach full size and old age, and there are few mature examples remaining. Because there is no practical way to control these diseases, the only solution is to cut infected elms. Unfortunately, by the time symptoms are obvious, it is often already too late to salvage the precious inner bark. 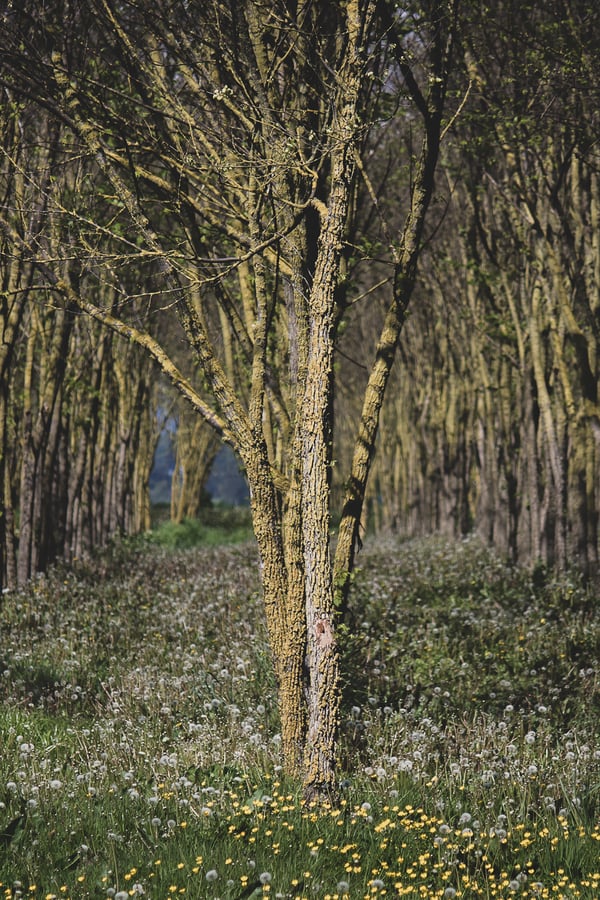 Stripping the live trees for the medicinal inner bark has also heavily impacted the wild populations of slippery elm. In the 19th century, when Henry Gibson was working on American Forest Trees, he noted that the debarking of slippery elms had become common as drug stores and apothecaries created a demand for the dried inner bark. Already in 1913, he was seeing the impact that that demand had on the native tree population. “The supply is rapidly decreasing,” he wrote. “The cut for lumber is the chief drain, but a not inconsiderable one is the peeling of trees for bark. This goes on all over the species’ range and much of it is done by boys with knives and hatchets. It is often hard to find slippery elms within miles of a town, because all have succumbed to bark hunters.”

The stripping of live trees for bark continues today and there are increasing instances of slippery elm bark theft on public lands. Harvesting from healthy trees, along with lumbering practices in the region, further complicates the outlook for slippery elm because these practices tend to remove the most disease-resistant members of the species, which eliminates their ability to pass on their disease resistance to the next generations.

Although slippery elm is not yet considered endangered, it is important to conserve and protect this powerful herbal ally. Since there are currently no viable cultivated sources, wildharvesting must be done with forethought and regard for the long-term health of the tree species. With this in mind, Mountain Rose Herbs sources slippery elm from only one vendor who collects bark from a private organic stand. This single source for slippery elm sometimes means we have limited supply, but it is the only source we have found that meets our uncompromising commitment to sustainable wildharvesting.

If you are wildharvesting your own slippery elm bark, only harvest from naturally felled trees, branches, or twigs, never from live trees. If you do not have access to sustainable wildharvested slippery elm bark, consider marshmallow root (Althaea officinalis) and mullein leaves and flowers (Verbascum spp.) as excellent substitutes.  The added benefit is that you can grow both of these yourself, so you don’t have to rely on wildharvesting. 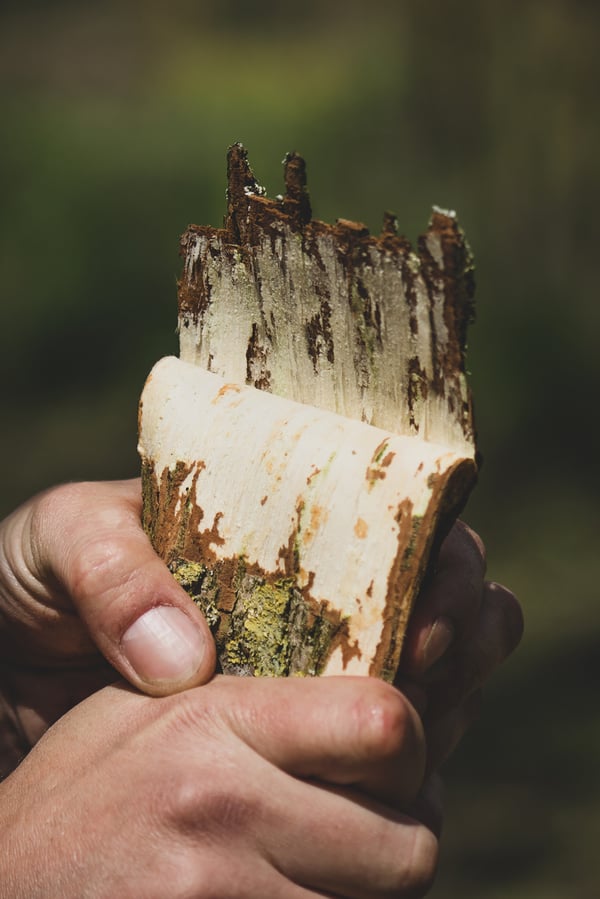 Reportedly, First American peoples utilized the moistening prowess of slippery elm by chewing the inner bark peeled from twigs to ease thirst. They served it as a soothing food as well, sometimes made into a sort of porridge for children and the elderly. They also used soaked bark as a bandage over wounds. Today, people still infuse slippery elm into skin care products and topical applications that can add comforting support for skin irritations.

When used internally, demulcents like slippery elm have a soothing effect on any irritated mucous membranes they come into contact with, including the mouth, throat, esophagus, and stomach. This is why you will discover slippery elm as a primary ingredient in some over-the-counter syrups and lozenges that are intended to help calm coughs and moisten irritated, dry throats.

Slippery elm is also good for the gut. This excellent demulcent supports microbiome health. It is made up of branched carbohydrate molecules that are high in polysaccharides-rich mucilage and it reinforces intestinal mucous layers that are both food and home for the beneficial microflora in our gut. This in turn means it also supports bowel health. Mucilaginous herbs like slippery elm help to lubricate the gastrointestinal tract and are a particularly good choice for people with sensitive GI tracts.

Because the demulcent constituents in slippery elm are best extracted with water, tea is an excellent way to imbibe this herbal ally as needed. 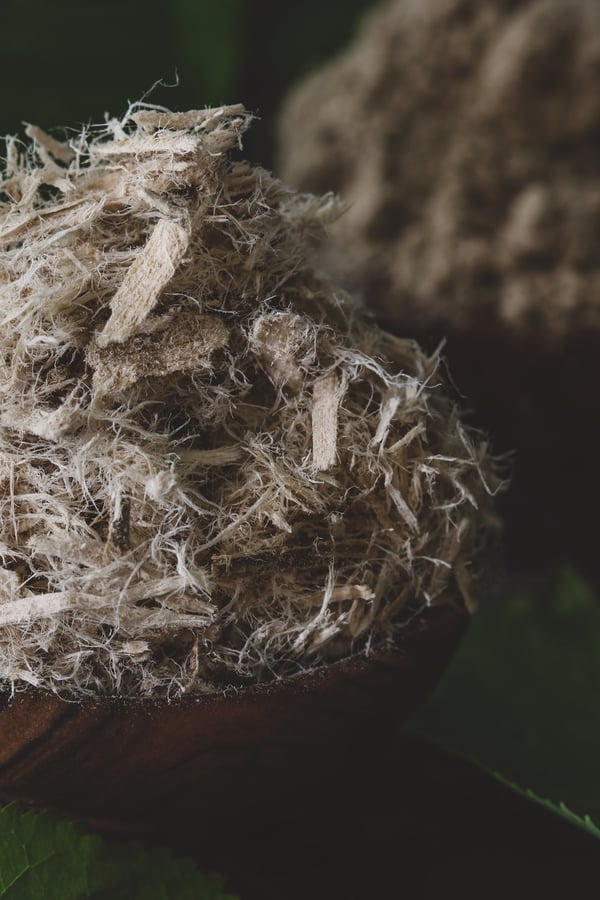 Pro Tip: Pour tea into a tea tumbler to enjoy all day.

Want to learn about another demulcent herbal ally? 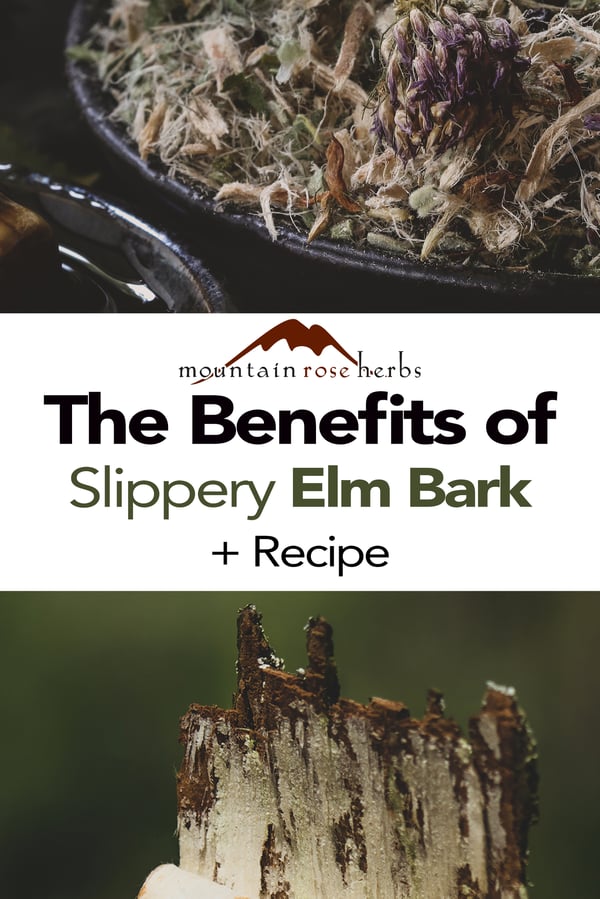 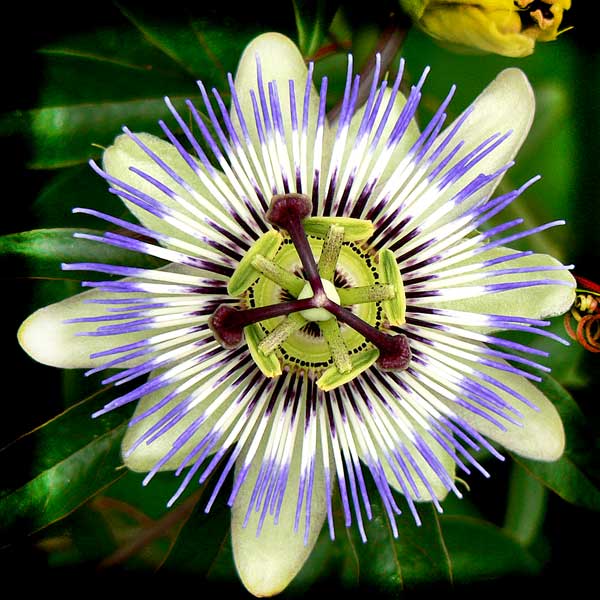 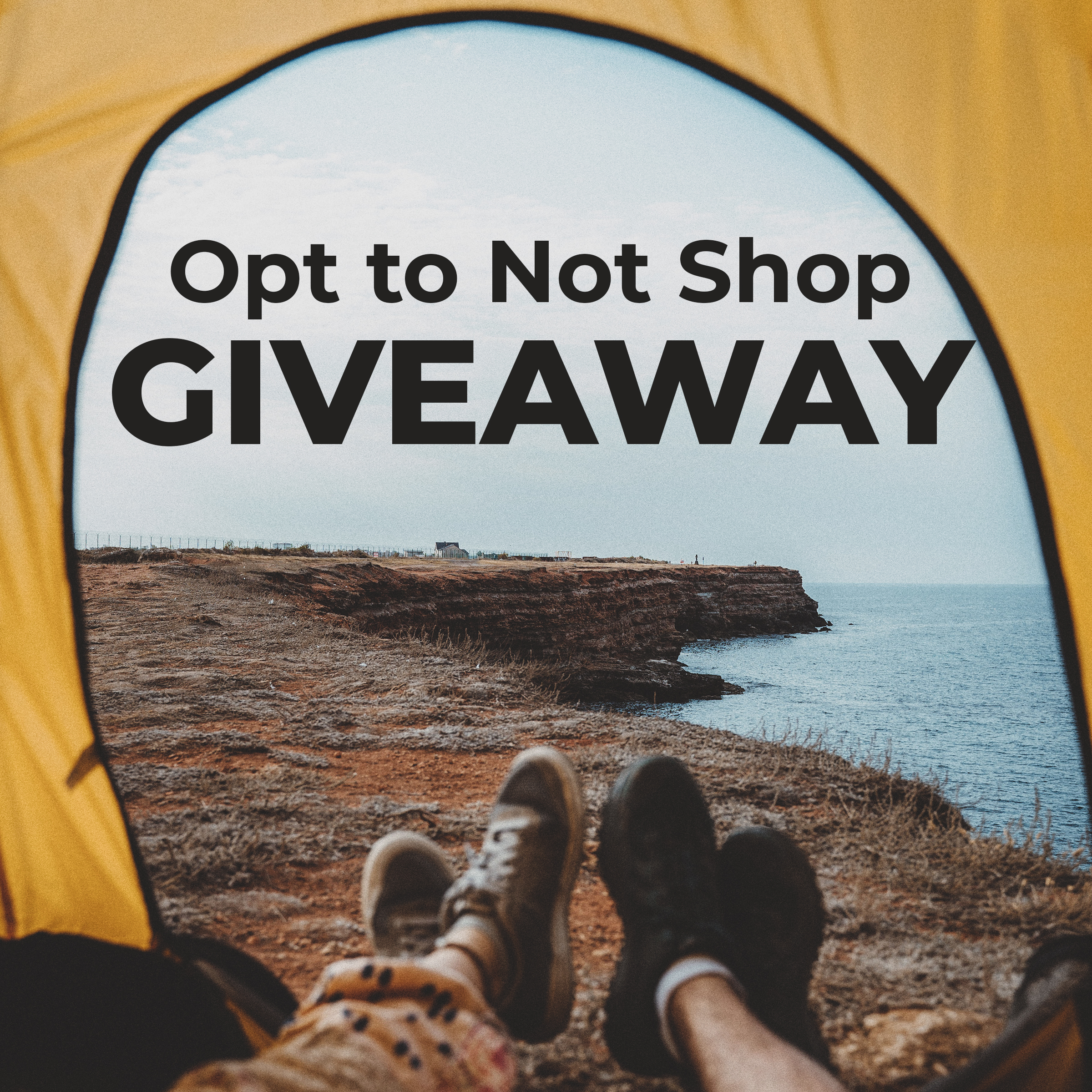