Organic Passionflowers on the Adriatic: An Italian Love Story 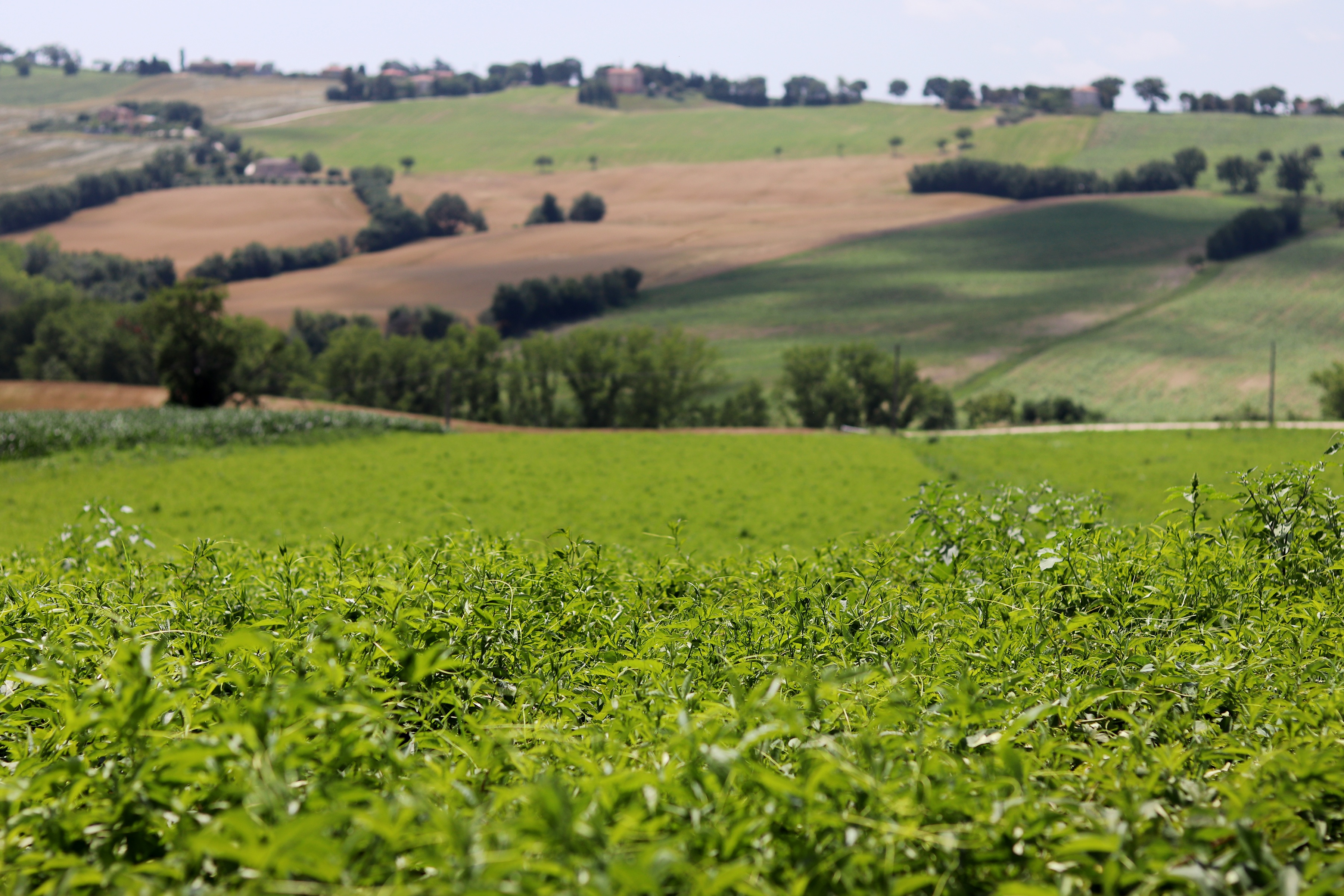 Verdant fields of our certified organic passionflower flourish on our Italian farm partner's land. Gianfranco's family has passed down its agricultural wisdom through the generations while inspiring other farmers to embrace organic growing practices.

Gianfranco's kind eyes gaze lovingly at the single passionflower blossom he clutches in his hands. He buries his nose deep in its vibrant purple petals and inhales. “I could have made more money growing other crops,” Gianfranco says through a translator, “But I have a big love—I am in love—with passionflower.”

This lifelong floral love affair is all the 87-year-old organic passionflower grower has ever known. Gianfranco has overseen the farm operations in these rolling Italian hillsides near the Adriatic Sea his entire adult life. Before that, his father did the same. Our farm partners in Italy are full of stories like this—of families who pass agricultural wisdom and abundant land from generation to generation.

This now certified-organic farm in central Italy was first planted with passionflower seeds in 1945. The original owner of the land, a count, attended the nearby University of Bologna, obtaining degrees in both pharmacy and herbalism. He also brought back a special clone of passionflower seeds from his alma mater’s botanical gardens that he planted in these fields. The seeds immediately took root in this fertile soil and have flourished here ever since. 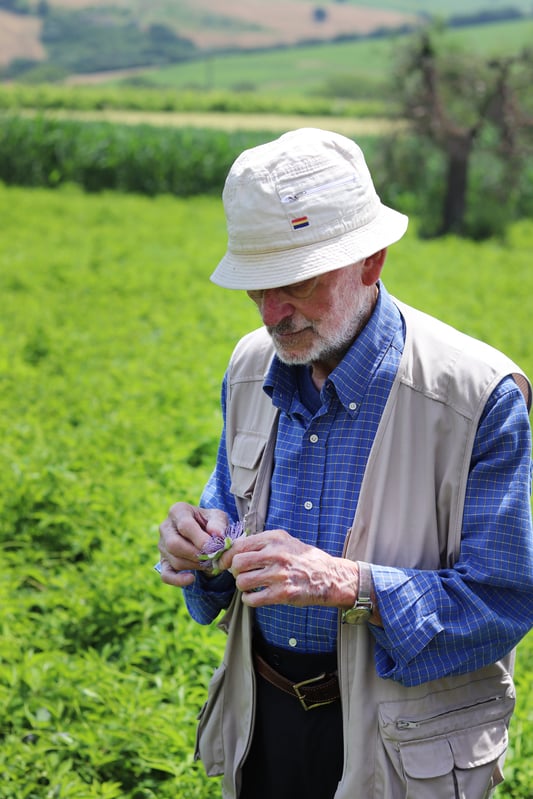 Gianfranco, a passionflower grower, looks lovingly at one of his purple blooms.

Gianfranco’s father, a wounded World War I vet, was given a job as an accountant at the count’s farm after the war ended. He was there for the first planting of those passionflower seeds and helped ensure the farm's financial success. Eventually, Gianfranco’s father became General Manager of the farm, a role that Gianfranco took on after his father passed away in 1979.

While he also cultivates anise seed and a few other herbs, Gianfranco dedicates most of the land to passionflower. Brilliant starburst blooms dot the lush greenery that sits among a patchwork of verdant cultivated fields. To see a fresh passionflower in bloom is quite a spectacle. Its ornate, 3-inch lavender-hued blossoms burst with delicate tendril-like petals that radiate from a brilliant yellow center. Bees hover over each flower, busily pollinating the landscape. 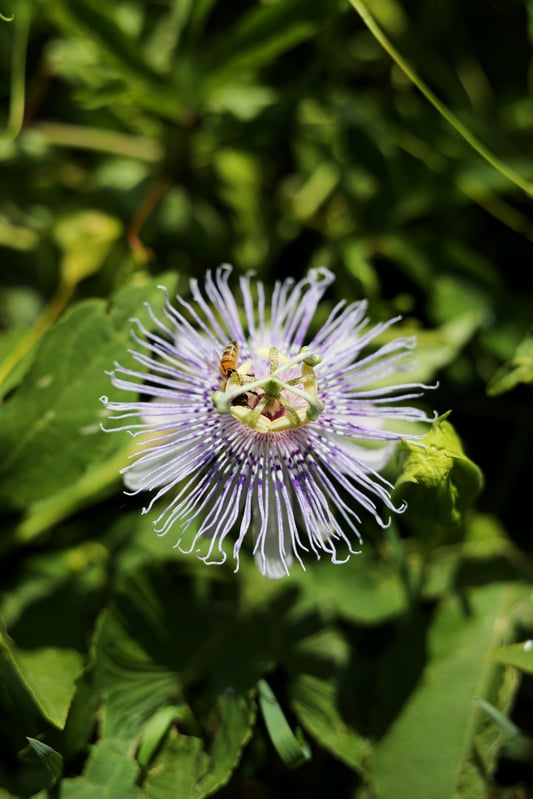 One of our organic passionflowers in bloom, which will eventually be dried and shipped to our headquarters in Oregon.

Gianfranco’s team harvests the passionflowers' aerial (above ground) parts, which are then dried on-site in a commercial dehydrator for up to three days, milled, and eventually shipped to our Oregon headquarters for quality control testing before being hand-packed for each order.

Beyond its beauty, passionflower has a range of uses, many of which date back to prehistoric times. It’s particularly renowned for promoting natural relaxation and stress reduction*, and it is a favorite in teas and tinctures, often taken before bedtime to quell a busy mind.

Gianfranco was the first farmer in the area to go organic 30 years ago, a decision driven by his concern for the natural world. “I felt something was changing in the environment from all the pollution,” he said. He no longer wanted to contribute to that environmental degradation. At first, he had to keep the organic field conversion a secret for fear he’d be the laughing stock of the local farming community. But over time, he became an inspiration for nearby farmers, many of whom have now also converted their fields to organic. 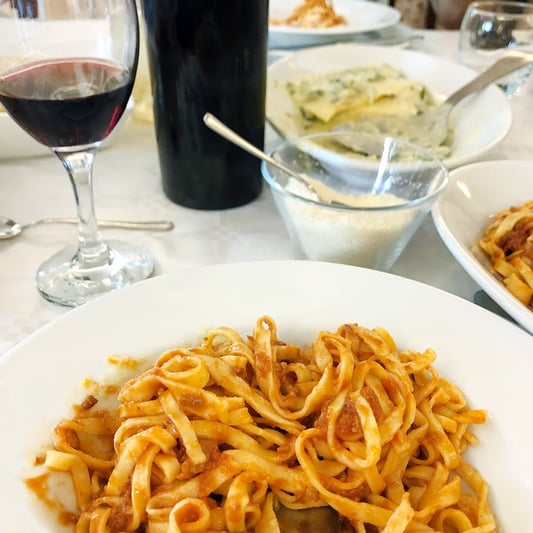 A full spread of locally made pastas and more at Gianfranco's favorite nearby farm-to-table restaurant where he dines nearly every night with friends.

Taking a break during the heat of the summer sun, Gianfranco sits down to a farm-to-table meal of olives, aged Parmigiano cheese packed with dried truffle, quince jelly, freshly fried potato chips, and pasta. Everything is locally sourced and crafted. Raising his glass, he says, “Cento di questi giorni,” which literally means, “Hundreds of these days”—a common toast in Italy, but one that makes everyone at this table laugh. One of his head farmers says, “What does that mean to him now? He is almost 100.”

Want to hear more about our dedicated farmers?

Read About Our Scent Stories from the European Countryside 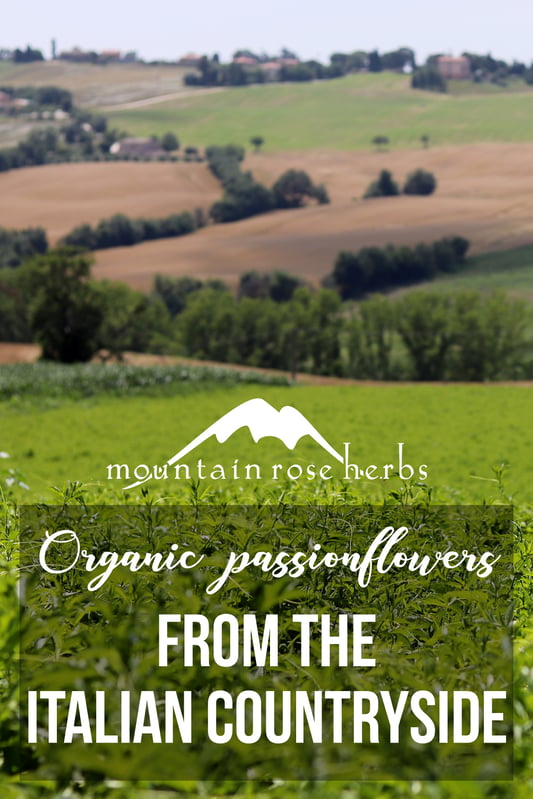