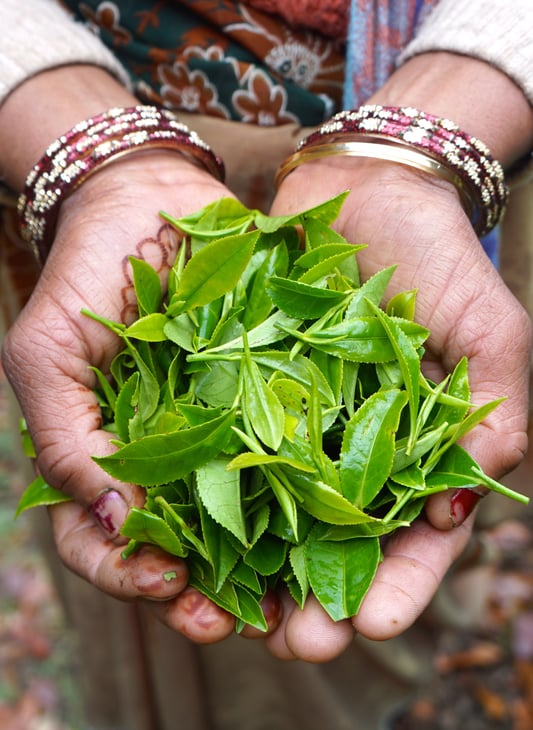 Deep in the Himalayan foothills just west of Nepal is a relatively unknown tea region: Kumaon. In the springtime, these hillsides are awash in green. Lush, vibrantly hued tea plants that smell as intoxicating as they taste, grow between stands of conifers. This is where you’ll find Desmond, the manager of our certified organic tea operations there. 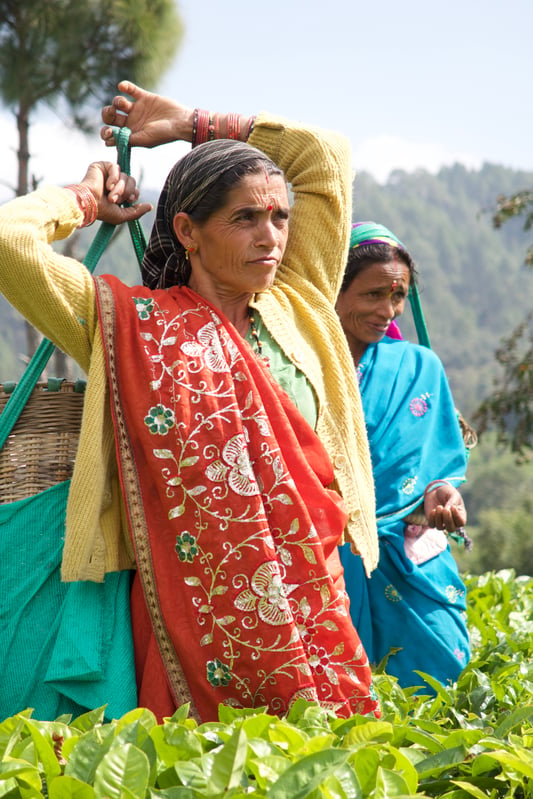 While the tea was well received, the region was challenged by its distance from ports, and a strong lobby of growers based in Calcutta kept resources flowing to Assam and Darjeeling. As a result, the experimental plots were abandoned, and for 60 years the resilient tea bushes flourished, untouched in the wild.

In the 1930s, a group of six families (including Desmond’s parents) moved from Sri Lanka to Kumaon specifically to revitalize the tea gardens there. For decades, those families have combated the challenges that plagued the initial growers—extreme isolation and a lack of resources thanks to a continued focus on Darjeeling and Assam. Then in the 1990s, the state government began a project to create rural livelihoods. After considering several other crops, they settled on tea because of its hardiness—standing up to rain and hail—and because the wild monkeys that run rampant there won’t steal its fruit. 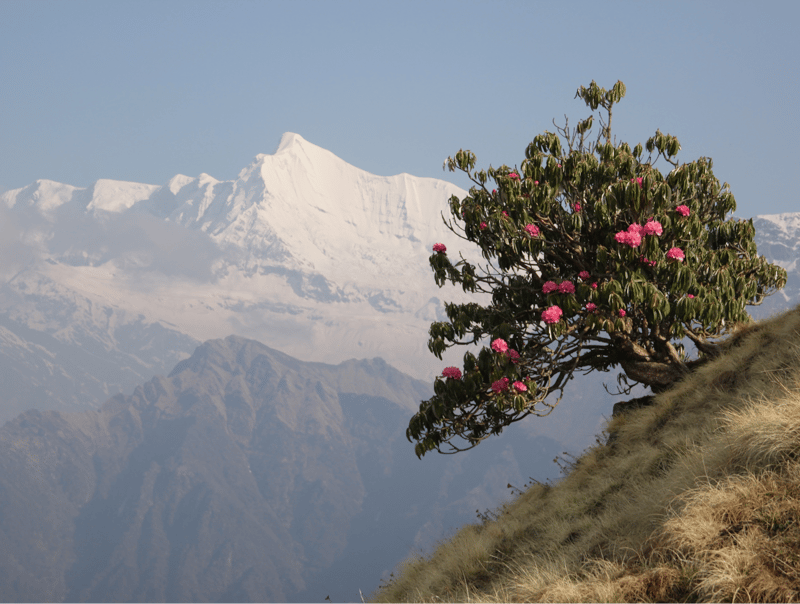 Today, Desmond oversees a sustainable model for organic tea production that brings much-needed work to the villagers, and it’s a role he was destined for. As a child Desmond dreamed of a family-run tea garden. In middle school, he even wrote letters to the Tea Board, asking to have his family’s garden officially recognized.

We are pleased to offer this certified organic tea. It not only provides economic opportunities for the villagers in this isolated area, but it also has a unique and delicate honeydew flavor that our tea tasters absolutely love!

How to Brew These Treasured Teas

Explore Our Fair for Life Project in South India

Pictured from top to bottom: (Top:) We harvest fresh tea leaves just after the 150-year-old plants wake from winter dormancy for our Organic Kumaon White Tea; only the terminal bud and first two leaves are used. (Middle top:) Kumaon locals earn 5-7 times the wages of typical workers in the Indian tea industry. (Middle bottom:) Rhododendrons bloom during the Kumaon White Tea harvest in front of a backdrop of towering Panchachuli peaks. (Bottom:) Shanti, one of our Kumaon tea growers, stops for a laugh. 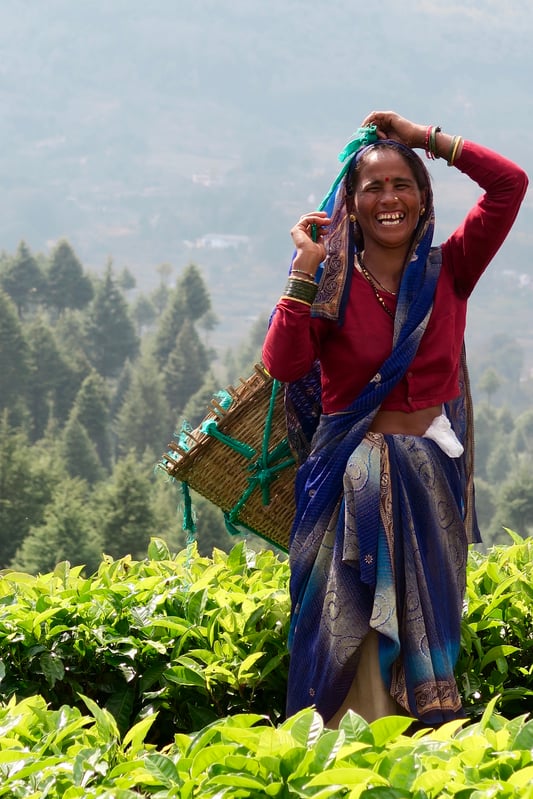