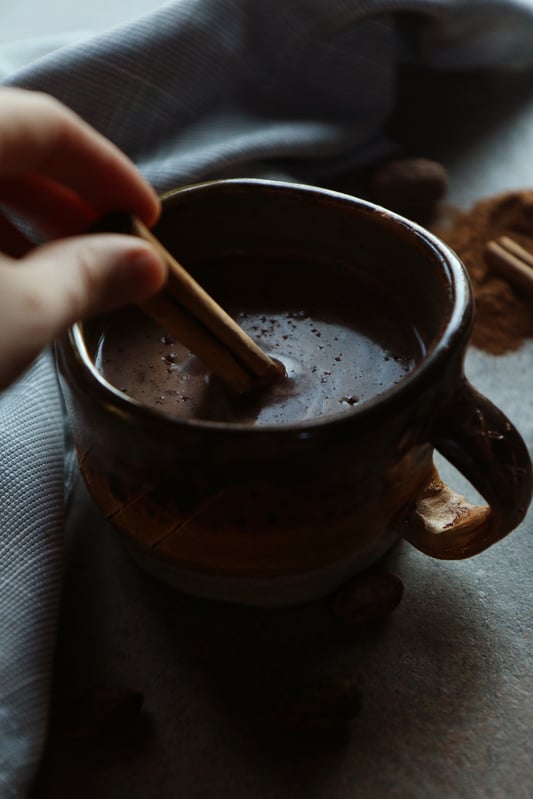 One crisp autumn day this year I decided to lounge in the hammock in my woodsy backyard. I got to unwind under the trees and take in the gentle senses of a sunny but cool late fall day. It was that time of year when I could see the steam of my breath on the breeze. As the sun set, a chill caressed my skin. Solstice is soon upon us. My inner time goddess takes note of the seasonal passage and makes her declaration: It is time for hot chocolate.

I remember being a young mother in my early 20s, in my first apartment, trying to recreate my Mexican grandmother’s special hot chocolate. My results were rich, and warm, and comforting, but always something was missing. For some reason, I could never get it just right. I wished I could call and ask her, but although I visited her often in my healing work in other realms, she was no longer with us in the physical one. Maybe she did hear me ask, though, and sent me the answer in a mysterious way because, little did I know at the time, one day I would visit her kitchen on an aromatic breeze.

Many years later as an herbal student I had an aroma-induced memory epiphany. We were learning about cinnamon that day, and it was the first time I realized that there were different types of cinnamon. I sat there in class and tasted a sample of cinnamon that was everyday familiar. Cassia was what it was called, and it was firm and strong, bold and spicy. Next, I came upon the sample labeled TRUE cinnamon. As the sweet waft of the gentle cinnamon volatiles stimulated my olfactory senses, suddenly, right there in the middle of class, I was carried back in time. I stepped through a portal and found myself in my Abuelita’s Mexican kitchen. I could see the bright colors of her walls and the lively décor in shades of turquoise and yellow, red and orange. In the background I could hear her voice and the chocolatera (chocolate pitcher) steaming on the stove as she whisked away at her hot chocolate with her molinillo (wooden whisk). Most of all, I could smell her cinnamon. True cinnamon. 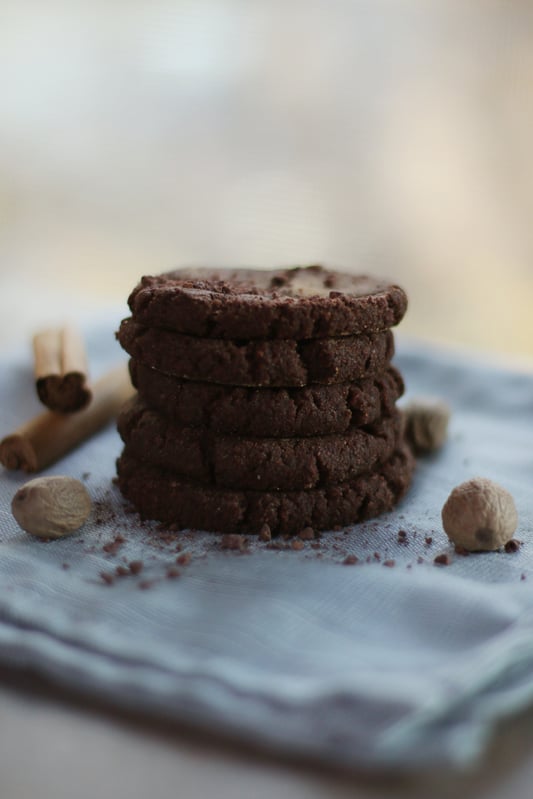 Cassia and true cinnamon can be distinguished not only by their aromatics, but also by the way their cinnamon sticks or quills are rolled up. A cassia stick is usually only one or two layers of inner bark which are thick, woody, and firm. It is difficult to break a cassia quill with your bare hands. True cinnamon quills, however, are composed of many paper-thin sheets of inner bark curled up on each other. They are fragile and easy to shred with your fingers.

The sense of smell and memory are so deeply intertwined. I am sure everyone can point to an instance where they were transported back in time on a breeze of aromatics. I am so grateful that I got to spend time with my Abuelita in her kitchen that day, and that in those magical moments she was able to share her secret special ingredient with me. Now I can make her lovely hot chocolate and share it with my friends and family for the holidays.

Hot chocolate in Mexico always begins with Chocolate de Mesa or Mexican table chocolate. Table chocolate is made in big batches and formed into disc-like tablets that can be stored for many months. Ingredients such as toasted cacao nibs, roasted almonds, and true cinnamon form the basis of the recipes, which Mexican families have passed down through the generations. Other spices like chili, ginger, or nutmeg are often added, and rose petals or orange peel can add a flare. Table chocolate discs are fun to make, and they can be unique gifts from the heart. Mexican hot chocolate is a nourishing drink steeped in indigenous tradition. I am profoundly humbled to share my authentic Mexican hot chocolate recipe. First, we make the Chocolate de Mesa. Then using this, we make Mexican Hot Chocolate. 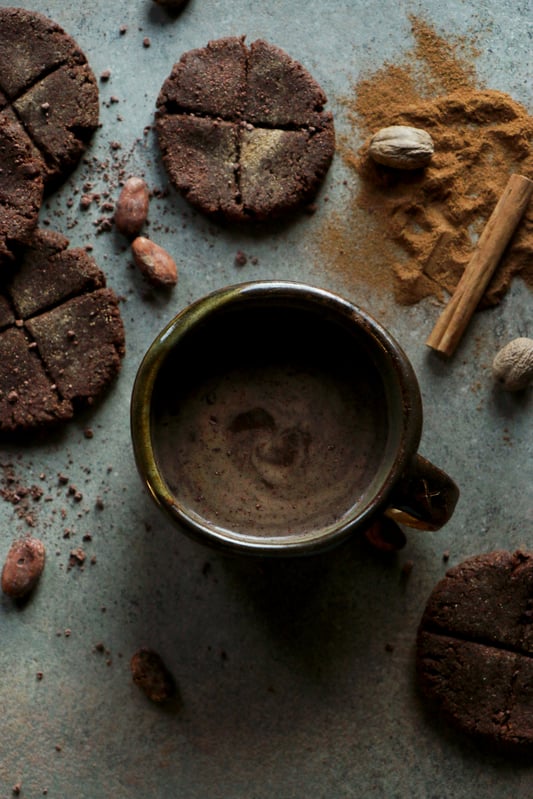 Each quarter segment of Chocolate de Mesa is enough to make 1 1/2 cups of Mexican Hot Chocolate.

For a big batch of hot chocolate 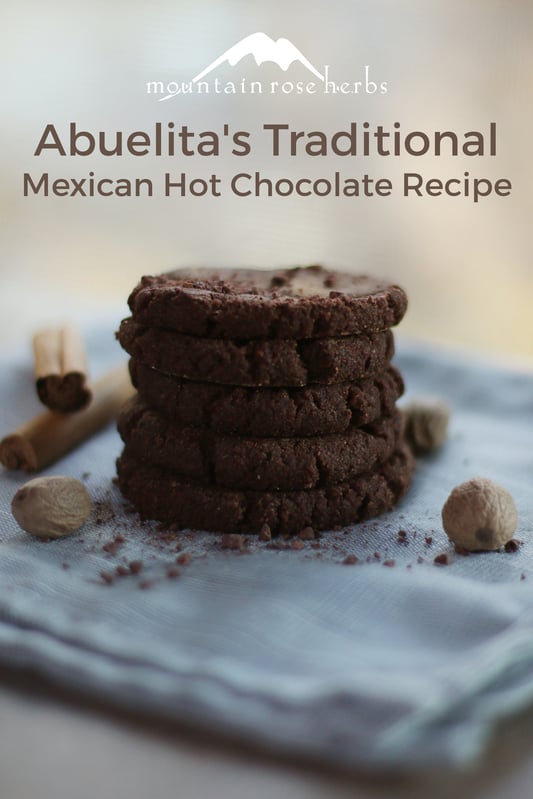 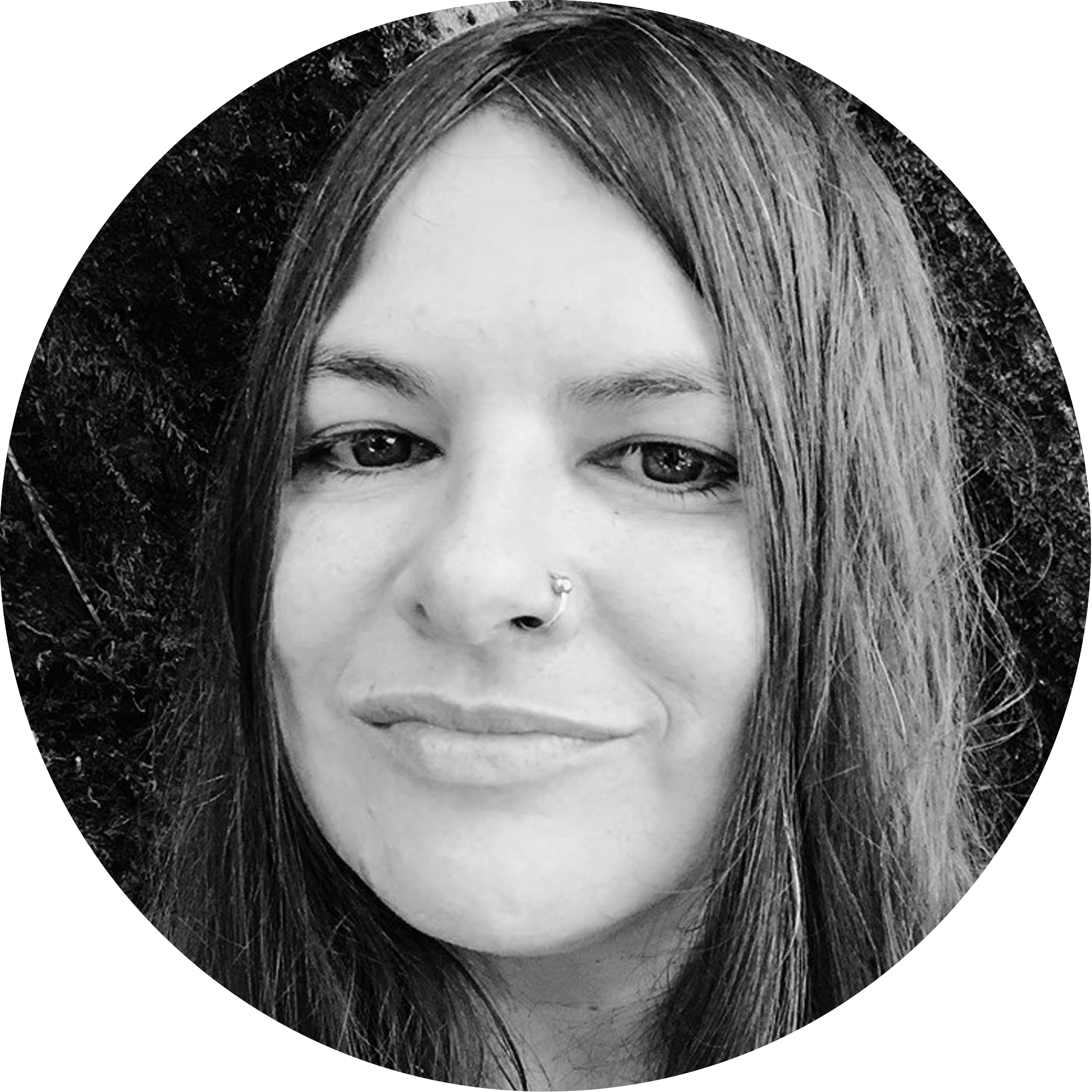 Mimi draws upon her rich ethnic background & the Granny healers in her life. She believes strongly that keeping plant wisdom alive is essential and has dedicated her life's work to serving as an advocate for both traditional and professional herbal pathways while building cultural bridges of understanding. Mimi is going into her 7th year as the Executive Director of the American Herbalists Guild. Prior to this she was the coordinator of the former Appalachian Center for Ethnobotanical Studies and taught Ethnobotany at Frostburg State University. Mimi has mentored many students of herbalism over the years. She is a frequent guest at herb schools and conferences. Her current mini-courses including the Community Herbalism Starter Pack can be found at Herbal Night School. She is a mother of two based in Asheville, NC where she supports local music scene as a member of Asheville Drum and Bass Collective. She also dabbles in hip hop under Phlo*Em.