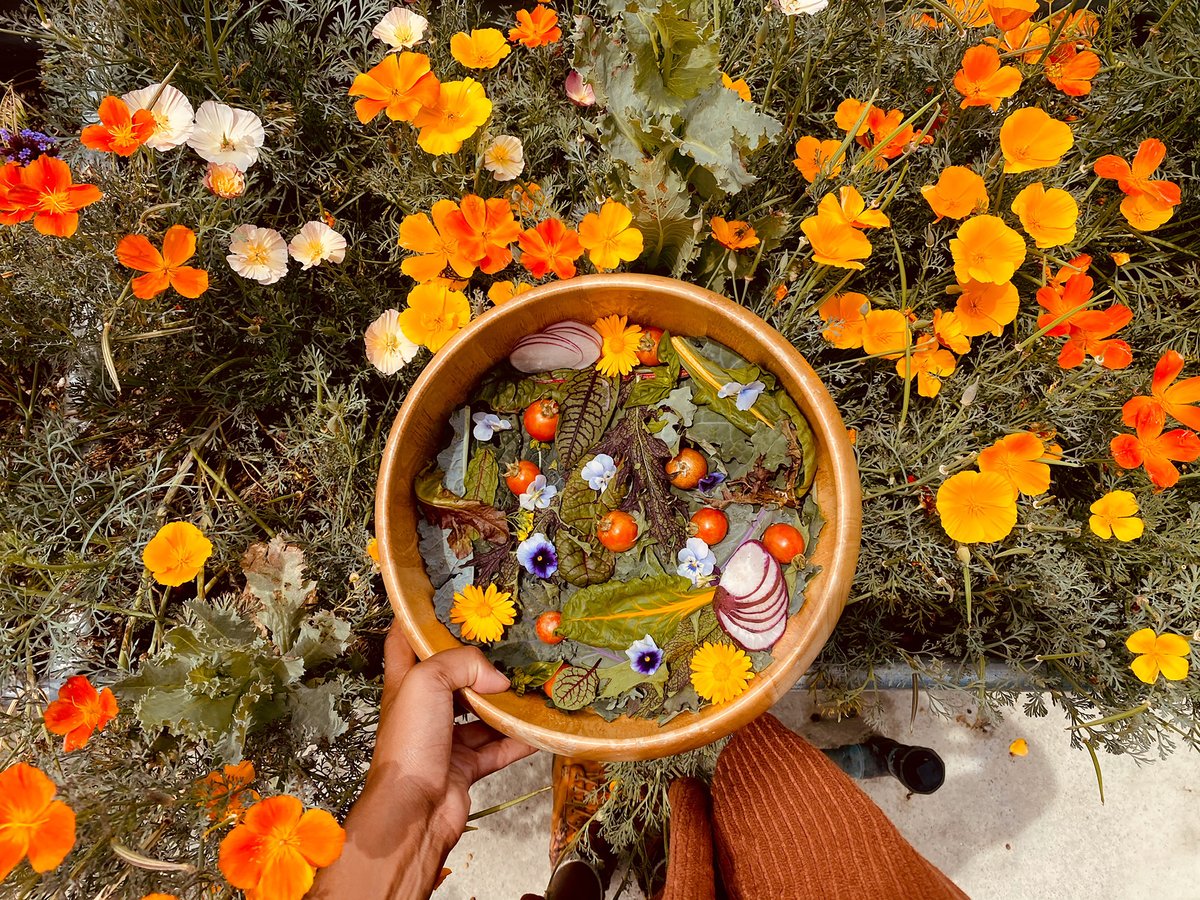 I was born with hands stained crimson. The coagulated blood of the black women who came before me pulses through my veins. It is their calluses I can feel pushing through the tender surface of each aching palm; a young corn stalk fighting to witness the waning light.

As the evening sun settles in sheets of solid grey, I can hear the women whisper, “Honey, do not work the soil—this is not your land,” and I do not take heed. The coming night forces elongated shadows into the country scape, and the silhouettes of my tomato plants appear minacious, sinister, foreboding and I do not mind. Sealed against an Appalachian night sky I kick my worn boots against the barn door, loosening the compacted soil and frightening the flighty chickens.

“Our family farmed until we didn’t have to anymore. And then we were free to live," my great uncle once told me, gathered around a Thanksgiving table. “Why would you want to go back to that?” he questioned. Helping himself to another ear of corn.

If I pull up the weeds, will I pull away the curtains of the past? Turning the soil and turning back the hands of time; each shovel full of dirt unearthing the still warm, still beating heart of a black woman. My grandmother’s mother saying, “You don't have to do this anymore.” What if I plant a seed? Will it grow not from the surface but from somewhere else, deep within the earth where our ancestors, unappeased, still dwell? 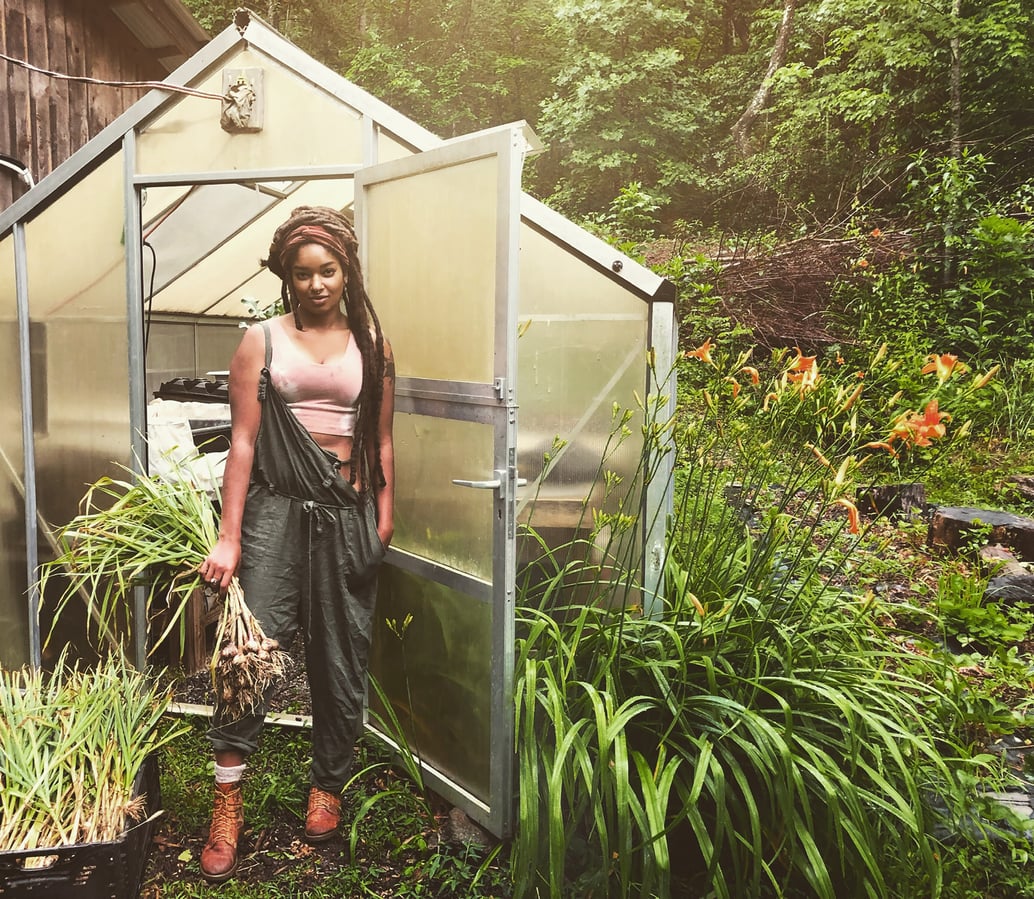 Today, in America, 82% of black women are overweight or obese. Grocery store aisles are filled with products that are cheap, mass produced, and directly lead to high BMIs. The last pack of seeds that I bought cost me roughly three dollars and contained enough organic seeds to grow 30 pickling cucumbers. But why would we want to go back to that? Growing our own food. Trading the processed snack cakes for edamame and wildcrafted dandelion root. Working the soil that is still a rich umber dyed with the sweat and blood of our overworked ancestors.

I once met a young man of color at an earth-skills gathering. We found solace in each other’s company and had no trouble falling into the deep conversations that I usually reserve for lovers or childhood friends. He told me he owned a farm thirty minutes from the rocky soils where I grew up. His farm is a cattle and produce farm and he told me that he regularly took in young African Americans as apprentices. I expected him to speak of them with high regard, excitement for a future of farming people of color, envisioning a revolution in which our children take back the land. Instead, he disparaged them. He told me that they were “mostly useless” and that they were not concerned with how things grow or why we should want them to. He did not respect them. He did not see them as they are; young shoots of bamboo with delicate leaves and malleable stalks waiting for the moment that they might shoot toward the sky in lustered resilience. He failed to buoy their creativity, and, in return, they did not flourish.

Why would I want to live without running water, to cook on a wood stove, and baptize myself in the occasional flowing stream in lieu of a hot shower? Because there are two wars being fought within the Black community—one is a war on health wherein we cannot access the foods that will nourish our being. The other is a war on our education wherein we cannot find the mentors to lend a hand of inclusivity. Many of the children of color that I work with feel the need to elevate their status. To show the world they are not ‘worthless’ despite what others have been led to believe. Unfortunately, symbols of status and farming seem to be mutually exclusive. Living a life of resourcefulness wherein you do not depend on the capitalist regime is not favored. Farming becomes less and less important. Their fields lie fallow. 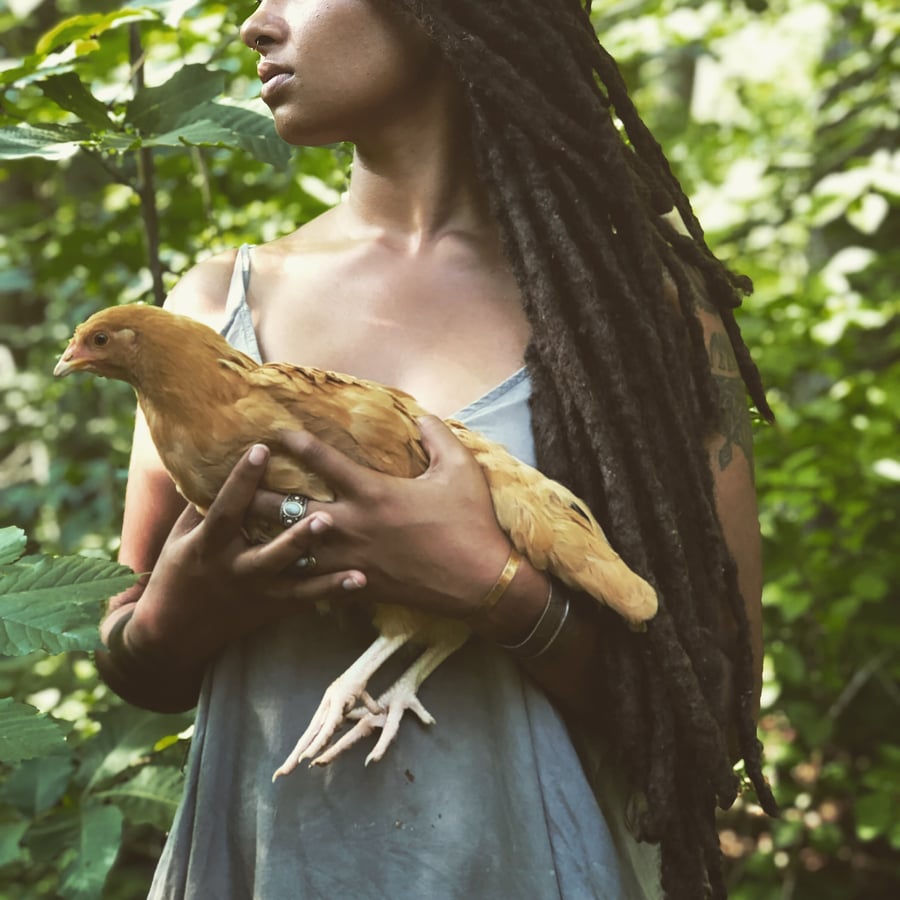 The lessons that I have learned from the nights that I spend with my great, great grandmother, when she whispers to me through the white pines and tulip poplars bathed in the luminescence of a blood moon are lessons of resilience. Her voice comes to me like a waking dream, each word sturdy like a promise deep within my being where love takes root and understanding blooms. There is a place within the soul that fears that history will fold in on itself like the old accordion style road maps, each route colliding and melding into one confused loop. We are afraid that in climbing the ladder we might fall and land further down than we began. I want to silence this fear.

I want to hold my grandmother’s mother’s hand, and together, walking through my gardens, I will tell her, “I made this on my own. This land is mine.”

Learn How We Support Heritage Herbalism in Appalchia 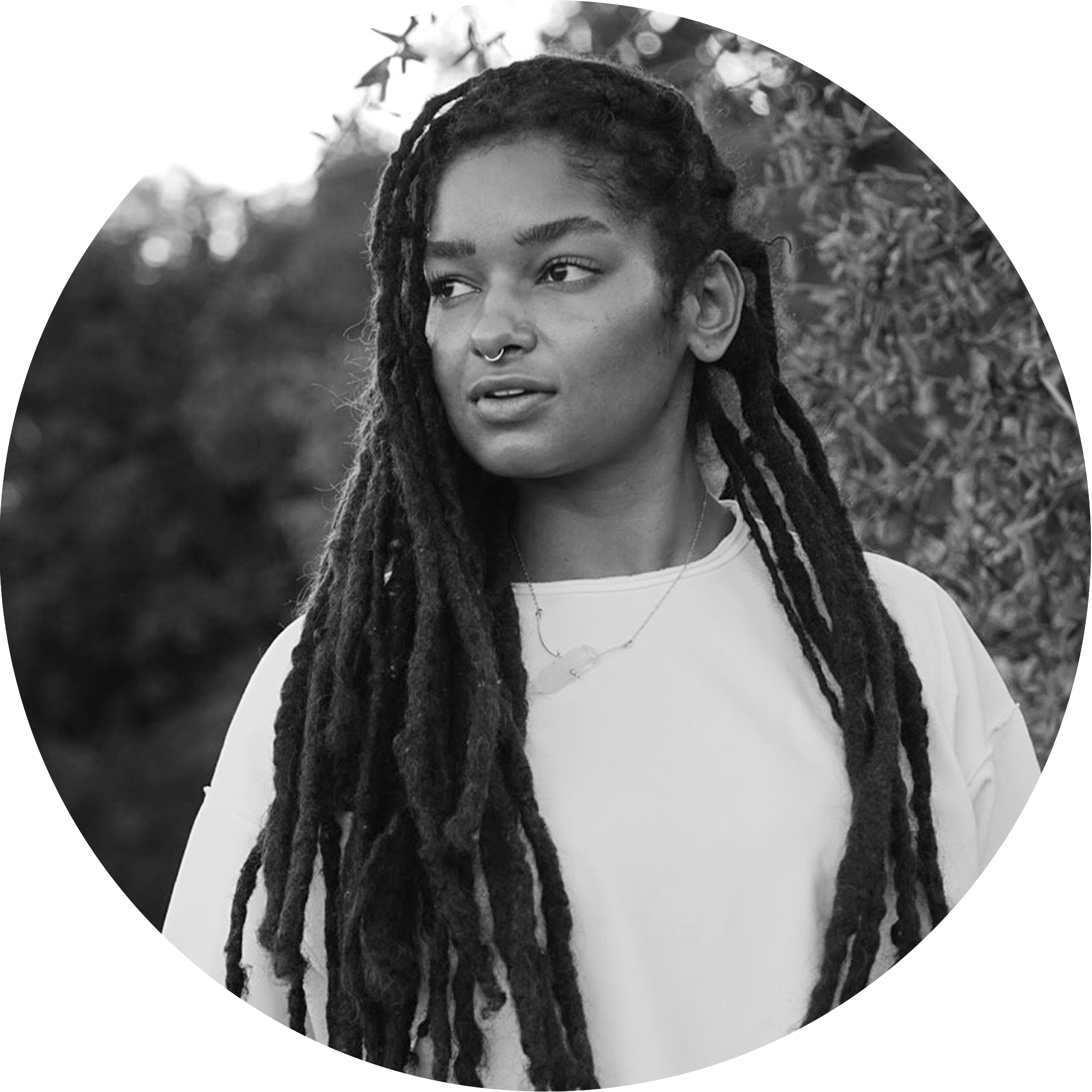 Indy Srinath is a permaculturist, mushroom cultivator, forager, and urban farmer. She is passionate about food justice, wellness advocacy in underserved communities, and health literacy. She teaches workshops on inclusivity in agriculture as well as urban foraging. She currently manages an urban garden on Skid Row in downtown Los Angeles.