Hawthorn for the Heart 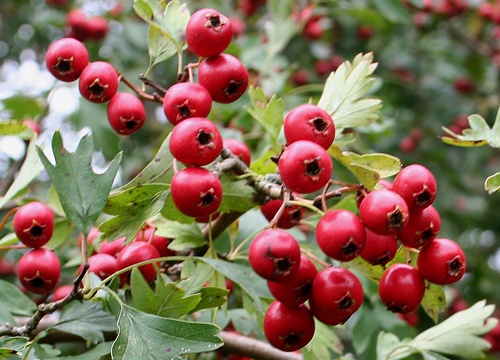 Marke the faire blooming of the Hawthorne tree
Who finely cloathed in a robe of white,
Fills full the wanton eye with May's delight.
~ Geoffrey Chaucer

Hawthorn (Crataegus monogyna) is the most well-known herb for the heart. This member of the rose family has white to brownish flowers, deeply lobed and rose-like leaves, brown woody stems, and yellowish-brown to wine-red fruit which is oval, wrinkled, and berry-like (actually a pome). Commonly used in teas, tinctures, and capsules to treat the heart, the legends surrounding Hawthorn trees go back centuries, especially in Europe and the British Isles.

Hawthorn has long been used as a food and herb in Europe; particularly Germany, Austria, and Switzerland, where it ranks as one of the most popularly used botanicals, as it support healthy cardiovascular functioning.*

The most famous Hawthorn in Britain is the Holy Thorn of Glastonbury, which grows at Glastonbury Tor, the supposed resting place of King Arthur. According to legend, the tree was grown after Joseph of Arimathea, upon arriving at Glastonbury Tor, thrust his staff into the ground, and from this the tree grew. Although the original is no longer there, several of its supposed descendants still grow there. When it blooms during the winter, a sprig is traditionally sent to the Queen, who is said to decorate her breakfast table on Christmas morning.

Thomas the Rhymer, a 13th century mystic and poet, was said to have met the Fairy Queen underneath a Hawthorn tree. Particularly sacred is any grove with oak, ash, and Hawthorn, as it is said this is where the fairy folk reside.

The Hawthorn tree is a symbol of love and the union of couples in marriage, and is one of the sacred trees of the Wiccan religion. And if on May Day one was to bathe in the dew of Hawthorn leaves and blossoms, ones luck, heath, and beauty was said to increase exponentially for the following year. 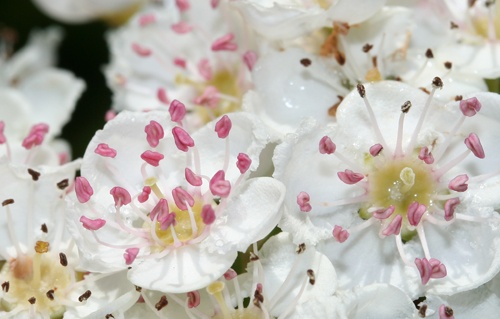 Leaf and Flower:  Flavonoids and oligomeric procyanidins, rutin, catechols, pheno-carboxylic acids (especially chlorogenic acid), sterols, amines, coumadins, and purines. The leaves contain the highest concentrations of flavonoids if they are harvested just before the plant blooms. Plants that grow during drought and after late frosts have the most antioxidants.

Hawthorn is a very useful botanical; the berry, leaf, flower, and stem are all used!  All of these can be transformed into elixirs, tinctures, teas, or capsules. Fresh berries can also be used in pies, jams and jellies and dried berries in sauces, wines, syrups, and infused vinegars. 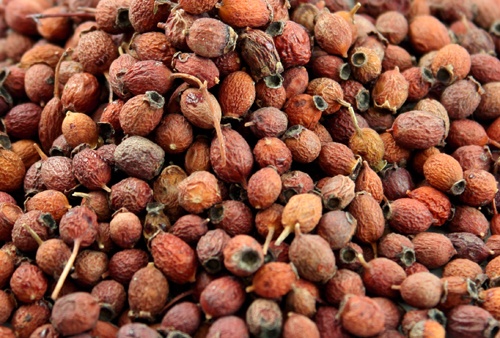 Hawthorn Leaf and Flower:  None.

Ready to Enjoy the Benefits of Hawthorn?

Make Your Own Hawthorn Berry Elixir for Heart Health! Irene, Chief Marketing & Customer Officer, supervises the daily operations of all our customer-facing activities at Mountain Rose Herbs. Her extensive experience with herbal products and DIY recipes goes back to 1997, and since 2012 she’s owned her own skincare business where she specializes in botanical-based facial care products. Irene’s recipes have been featured in local and national publications including the National Association for Holistic Aromatherapy (NAHA) Journal, Amaze Magazine, Willow and Sage magazine, MaryJanesFarm Magazine and Newsletter, Earth First Journal, Farming Magazine, Eugene Magazine, and the Eugene Weekly. Irene also served as a member of the Board of Directors for nonprofit Cascadia Wildands from 2013-2016. When she isn’t ensuring your experience aligns with the goals and mission of our company, she can be found taking care of her adorable twin boys, harvesting wild plants, and gardening.