Everyone deals with stress. In fact, stress is said to be the top health problem in America. To keep ourselves healthy and happy, some are turning to the practice of mindfulness. I’m one of those people that thought mindfulness might be worth a try. Since I’m also a fan of tea, I naturally wondered if tea recipes could help with relaxation.

Holiday Gifts for the Home Herbalist 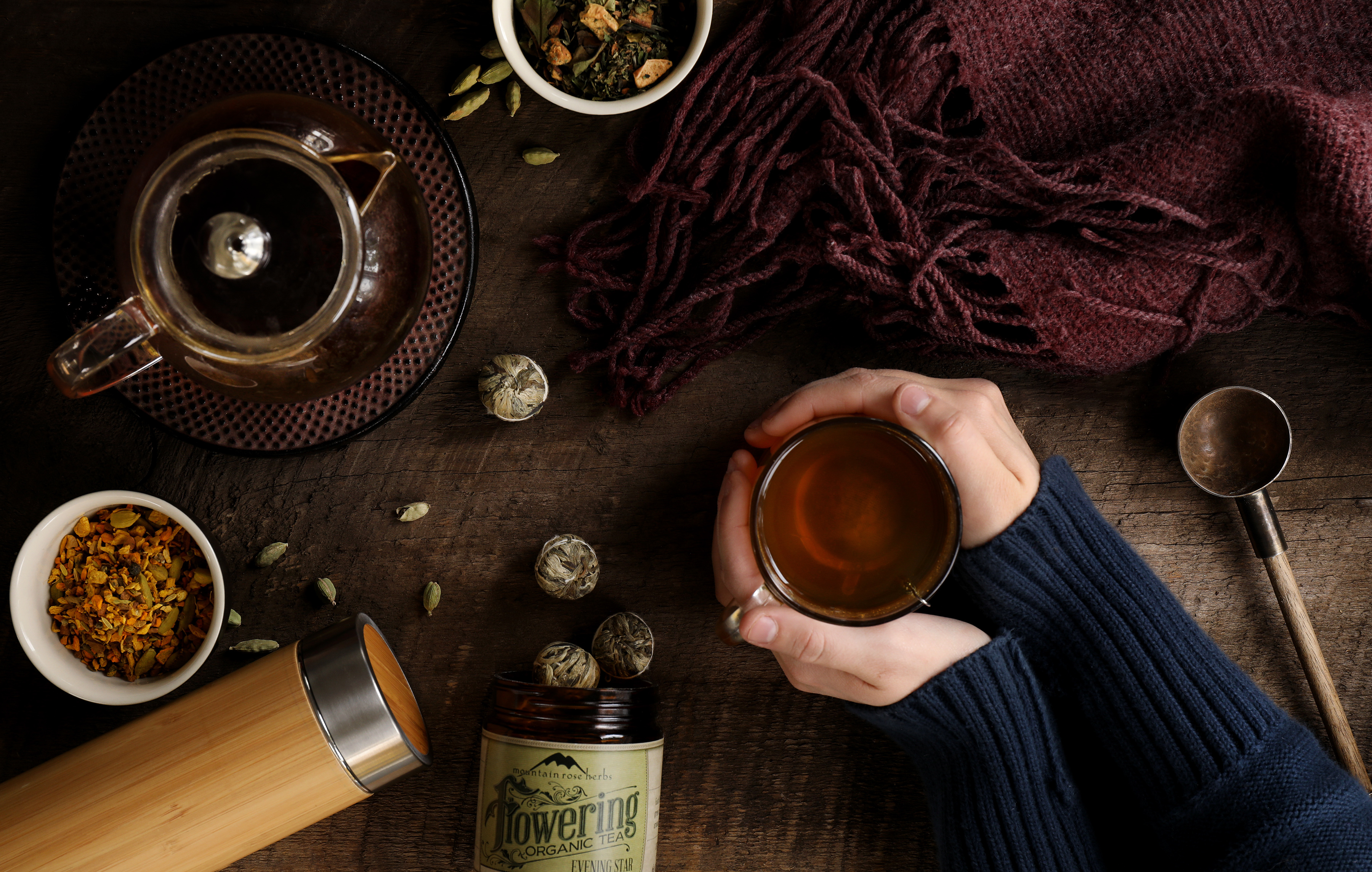 With the holidays just around the corner, the question on everyone’s mind is, “What can I gift my friends and family with this year?” Fortunately, we have compiled a handy gift guide sure to fit the versatile range of important people in our lives. Hopefully these ideas might also add to the joy of this season with the gift of herbalism as its focal point.

I have to admit, the concept of this recipe came from an herbal preparation flop. As I was getting ready to hunker down for the colder months ahead, I began my seasonal tradition of making elder berry syrup. Wanting to expand the flavor profile and add a little seasonal boost, I decided to include some rosehips. As it turns out, if you add too many rosehips, your syrup will take on a jam-like texture due to the natural pectin. But all was not lost as it was quite a delicious mishap, and one that I wanted to explore further.

How to Make Herbal Dream Pillows

In the modern world, it can be challenging to get a good night’s rest. Keeping a healthy daytime lifestyle as well as a calming nighttime ritual are excellent ways to prepare the body for restful sleep filled with exciting and inspiring dreams! There are even traditions in which herbs are used during sleep, not only to bring about peaceful snoozing, but also to create vivid, lucid dreaming landscapes sure to bring happiness, rather than grogginess, to your waking state.

Throughout spring and summer, I crave the fresh, creamy texture and flavor of a nourishing matcha latte—first hot, then iced, and then in cooling dessert form. When I discovered homemade matcha ice cream, I wasn’t sure I could take my green obsession any further. But when my friend suggested a mid-July home spa day, and we started brainstorming ideas for herbal tea facials, I found myself thinking about matcha in a whole new way.

How to Make Herb-Infused Honey + Recipes

When I moved from my home state of New Jersey to beautiful Oregon, I was exposed to so many new things. Among my favorite discoveries were the abundant, handwritten road signs that advertised fresh local produce, eggs, and honey. Intrigued and excited by these signs, I stopped in to meet my local neighborhood beekeeper, who was thrilled that I knocked on his door to say hello. He brought me over to his hives and taught me a lot about what it means to care for bees. I wanted to support my farm neighbor, so I bought a gallon of honey. What I was going to do with that much honey, I had yet to figure out.

Experience the 100+ years of history behind our organic hops from a third-generation Oregon farming family, from harvest through processing!

There is a growing recognition on the part of conscientious consumers about the sources of the botanical products they purchase, both in regard to where their favorite herbs come from and how their own purchasing behaviors impact environmental sustainability. This increasing awareness that there are people and places tied to every item we buy involves not just knowing where a botanical comes from, but also acknowledging the context in which it is harvested.

How to Make Elderberry Syrup for Immune System Support

Each year as winter approaches, I reliably find my patients asking me about the best herbal remedies to use during the cold weather months. One of the most common questions I encounter is, “What nutritional preparations can I use to help keep my family strong and healthy throughout the sniffle season?”. There's a wide array of herbs well-suited to addressing specific and general winter wellness goals, but one of my favorite, tried-and-true choices for general immune support is the elderberry.

The Federal Courthouse in Springfield, Massachusetts is a large modern building with an entire edifice of glass facing the street. With its “cascading concave roof gracefully framing the space in a delicate shell of steel and glass,” the courthouse is an imposing sight. But even more impressive than this wall of steel and glass are the two ancient trees that the courthouse was obviously built to accommodate. The glass walls literally curve around a huge old copper beech that looks like it’s been standing there for centuries and the largest Tillia europa, or linden tree, that I’ve ever seen. It’s apparent that the architects took these trees into account when planning and building this courthouse. I later learned that indeed, the designers felt that “their presence was too powerful to ignore,” and the preservation of these trees “was a key element in the design proposal that emerged” for the courthouse.

Previous All posts Next
Trustpilot 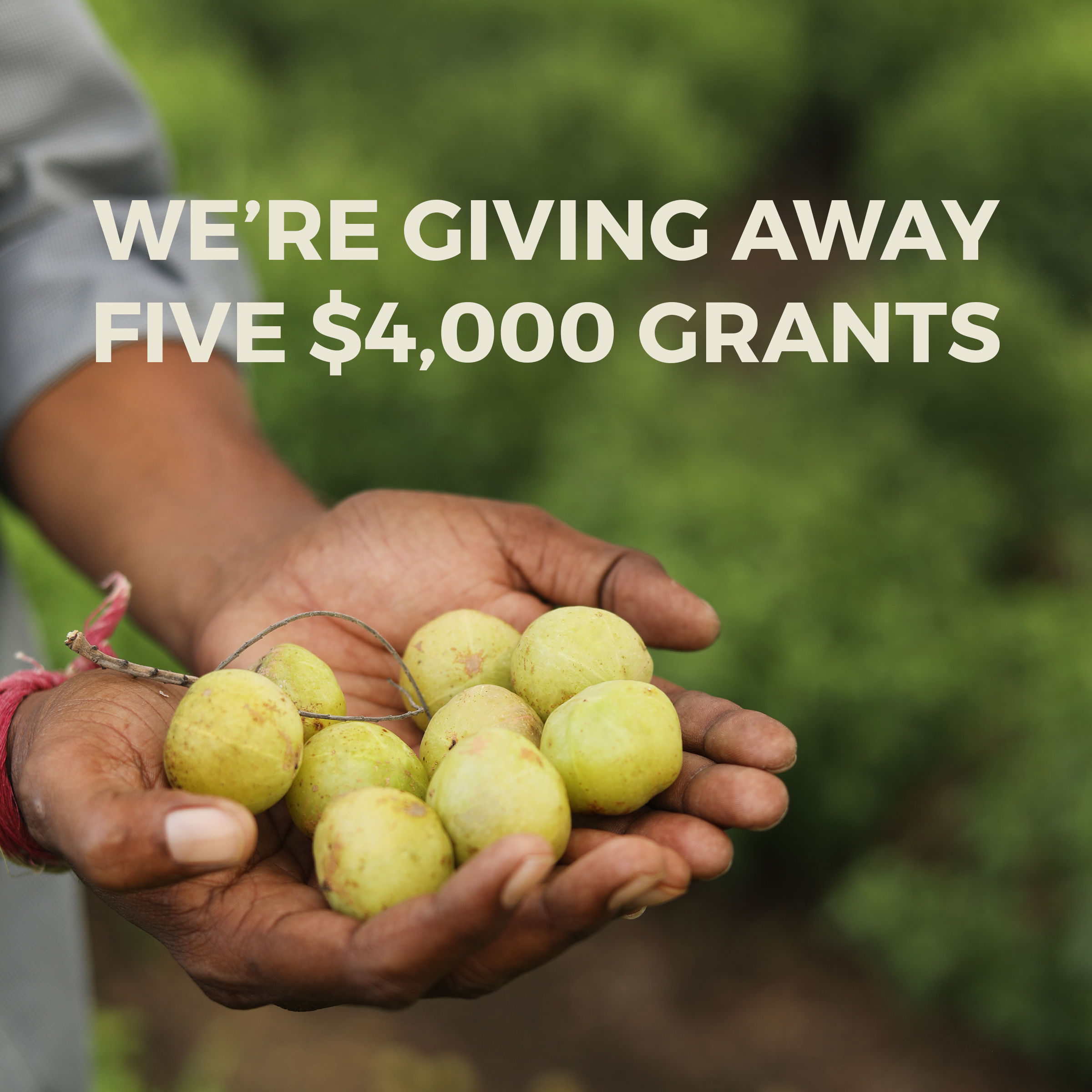